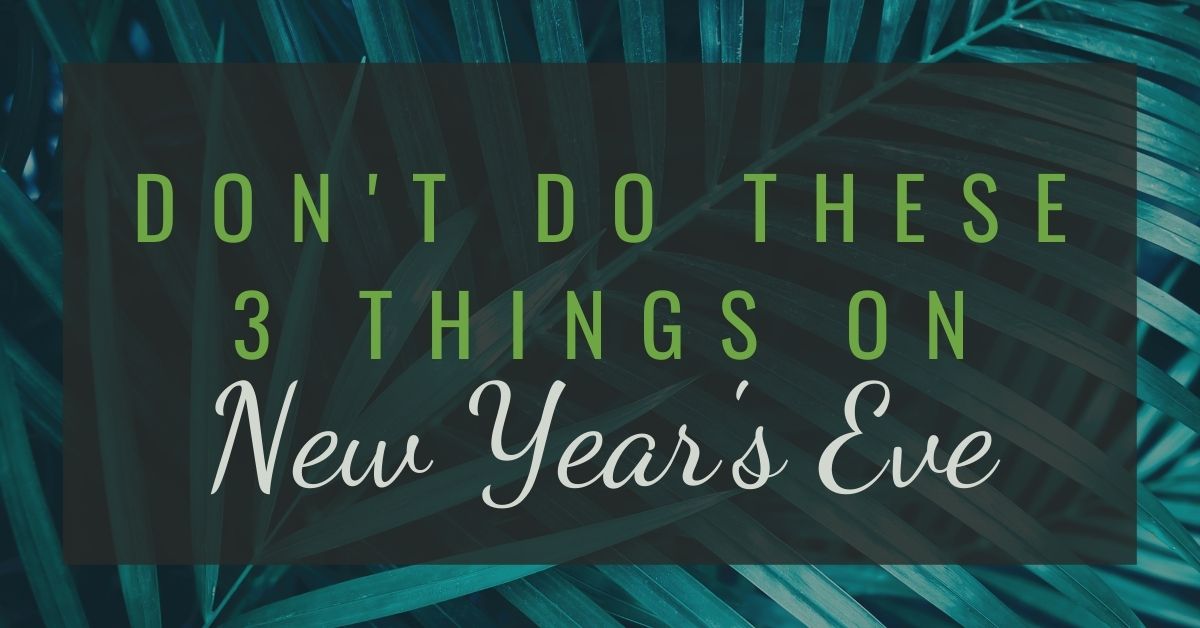 Don’t to these 3 things on New Year’s Eve

Not great odds, unless you’re this guy:

There are lots of reasons why New Year’s resolutions fail but we aren’t here to focus on the inevitable train wreck of your New Year’s health resolutions. Let’s just stop it before it happens!

Here are three things that you should not do on New Year’s Eve:

You’re in the zone, the streamers and poppers and creating a bit of a festive vibe. You’ve been to the chip ‘n’ dip table a few too many times and you can’t help but feel happy. After all, when you’re feeling like this among all your favourite people, anything seems possible.

Before you know it, a resolution has flown from your lips. And everyone heard it. And you really haven’t put any thought into how it’s going to happen.

My Queen, that’s no way to begin something new.

The end of the year, especially between Christmas and New Year’s, sees health gurus and online retailers choking up your Facebook feed and email inbox even worse than Black Friday.

Inwardly, unless you’ve been waiting for the particular item to come on sale, you’re convinced that this new offer is going to get you amazing health, help you lose weight, and feel great.

Because whether we like it or not, the end of the year is when we reflect back on the year, and decide what we didn’t like (why do we do that by the way? What about reflecting on what we did well?).

Those end-of-year specials appeal to our inner sense of wanting to have all the good things.

Don’t do it – trust me – those end-of-year special purchases will mock you the first week of February.

What should you do instead?

Making resolutions, especially those that involve your health, in and of itself is not a bad thing.

But you just have to get the foundations right. It isn’t just the goal – although that provides you with your “north star” of what you want to achieve – there is much more to consider.

The process of getting to your goal, and your mindset, are equally important and these are the two things usually missing from your New Year’s resolution.

So don’t do those three things – don’t make a resolution, put your glass down, and your purse down with it – you don’t need those end-of-year specials! Because there is so much more to making a resolution and being one of those 8% who stick to their goals.

I have a webinar coming up on Monday the 17th January 2022 – would you like to come along? In it, I’m going to show you:

You can sign up for Make your New Year’s health resolutions stick: how to stop the soul-sucking cycle of not reaching your goals here.

Is your GP gaslighting you?